Mr Kevin Doyle has kindly sent the Society a collection of 36 late 18th and early 19th century leases of farmland relating to part of Tynan parish in County Armagh.  For the most part the townlands of Drumgose, Skerries and Feigh/Fife are represented.  All were held by the Johnston family of Woodpark, Caledon manor.  He points out that these “fusty old documents” are almost a census substitute for that little “hook” of Armagh that borders Tyrone and Monaghan for the years covered; even adjoining tenants are shown where maps are attached.

Together with the lessors, Johnston or Johnstone, the attorney and his sons, Mitchell, and the surveyors, Fleming, the lessees are Callaghan, Carrole, Connolly, Donaldson, Duffy, Flanagan or Flanigan, Frackleton, Graham, Hughes, Kelly, McCann, McCarney, McCarron or McCoran, McElgrew, McEnally, McNaghten, Moan, Molloy and Traynor.

The first 4 indentures are leases from Nicholas Johnston, Esq.,
for 31 years to: 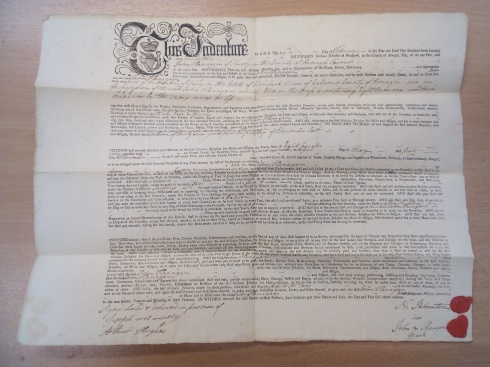 The next 19 indentures, all dated May 1794, are from Edward Johnston, Esq., for 31 years or the following three lives: William Owen Mitchell, Robert Mitchell and Blayney Mitchell, the 1st, 2nd and 3rd sons of Blayney Owen Mitchell of Monaghan, Attorney at Law, who drew up all 36 leases.  Each lease carries a survey map, dated June 1794, by Joseph Fleming at the scale of 20 plantation perches to one inch. 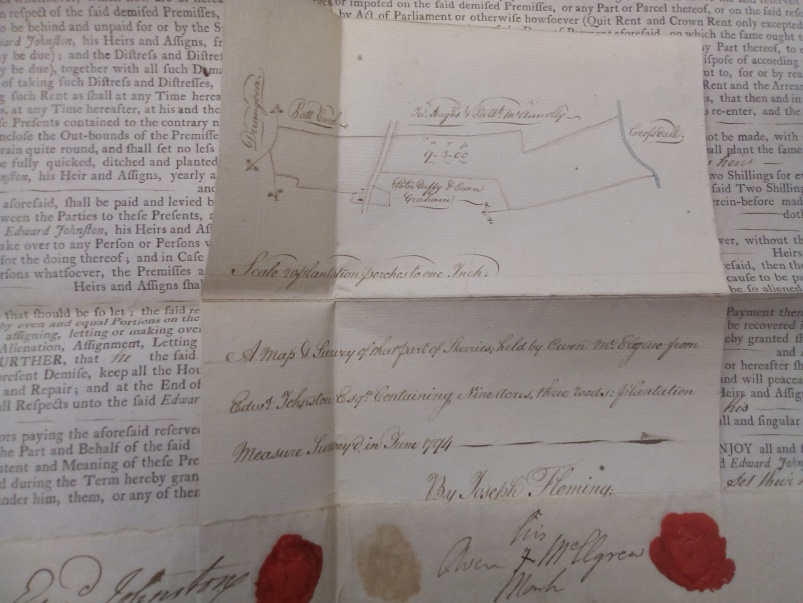 The leases were to: 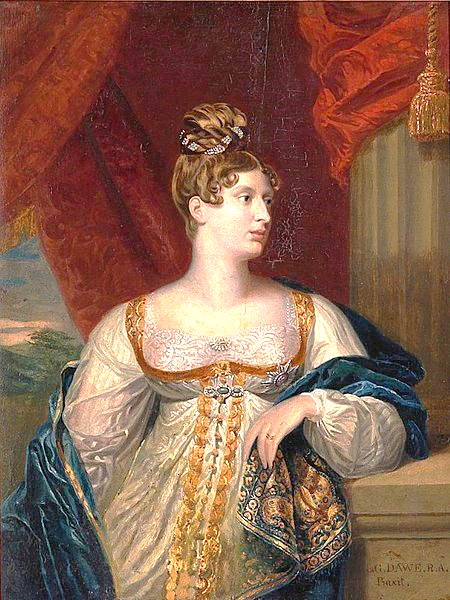 The next 11 leases, all dated December 1810, were from Nicholas George Johnston, Esq., for 21 years or the life of Her Royal Highness Princess Charlotte of Wales, only daughter of His Royal Highness the Prince of Wales, eldest son of His Majesty King George the Third.  The survey map attached to each lease was by Alexander Fleming.

Choosing the life of Princess Charlotte was unfortunate as, born in 1796, she died in 1817 aged only 21 following a stillbirth.  Her husband subsequently became King Leopold of Belgium in 1831, having declined the offer of the Greek Crown.  Had she lived, Charlotte would have become Queen of the United Kingdom on the death of her father, King George IV in 1830.

The last lease, dated 1813, was from James Hughes to Patrick Hughes and was for 12 years or the three Mitchell lives listed in the 1794 leases.

These indentures have kindly been scanned by the Centre for Data Digitisation and Analysis at the Queen’s University of Belfast.  They will be deposited with the Public Record Office of Northern Ireland (PRONI) for safe keeping.

We use cookies to ensure that we give you the best experience on our website. If you continue to use this site we will take it that you agree to the use of cookies.OKRead more